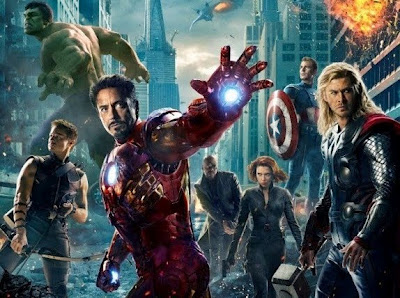 Let me put it this way, After having now settled on the excitement since seeing the film a week ago I feel im able to give it a proper spoiler free review
The film follows a very simple formula which is why it works, The focus is on why these amazing people are brought together and how they react. It’s not another marvel character sequel or prequel (although it is the best Hulk Movie 😛 but we’ll talk about that more once it’s released),

The movies basically split into three Acts which focus on the team and their mission
Act 1 is all about SHIELD and them getting the Avengers together, it’s a bit rushed at times and really doesn’t give a lot of insight into some of the great characters that make up this division but it does throw back to some pretty funny moments between their interaction with this group of “mismatched freaks”

Act 2: The struggle, basically this whole act is about the conflict and egos of the Avengers and how they actually get along, or don’t get along with each other

Now that sums up the first half of the movie

Act 3: the Action, and lots of it, from here on your given a fast paced, in your face scene of total warfare, its what every Comic Book Fan has ever wanted to see, remember all those scenes you saw in your favourite arcs where you’ve got all your fav superheroes fighting side by side using each other’s skills to support their own. This is exactly what you get and there’s some sharp dialogue which leads to some hilarious moments.

And that’s about it, Whedon has managed to do what most people thought was unthinkable he’s given enough time to each character to show that their not just in it for the sake of it, even Black Widow and Hawkeye get some pretty good character development time. There aren’t any characters who feel forced into it and they provide a reason as to why each and every one of them belongs there. It’s one of those films where people are actually laughing and cheering and clapping all the way through, in fact the post credits scene even had my whole screening cheering with joy and excitement.

In fact the highlight for me was a guy in my screening wearing a Captain America T-shirt stated to his friend prior to the screening “ I’m gonna hate this, I just hope its not too painful, and literally when the lights came on at the end of the movie I turned around and saw him with a giant grin on his face clapping and proclaiming how wonderful Joss Whedon is, me and the gf had a real good laugh over that one.